Oils for you A/C needs and for your equipment maintenance. Superior flush, E-Dura II will clean A/C systems as well as automatic transmissions, power steering, etc. Clean is cool. Leak detecting solutions and UV dye is a fast way to diagnose A/C problems. 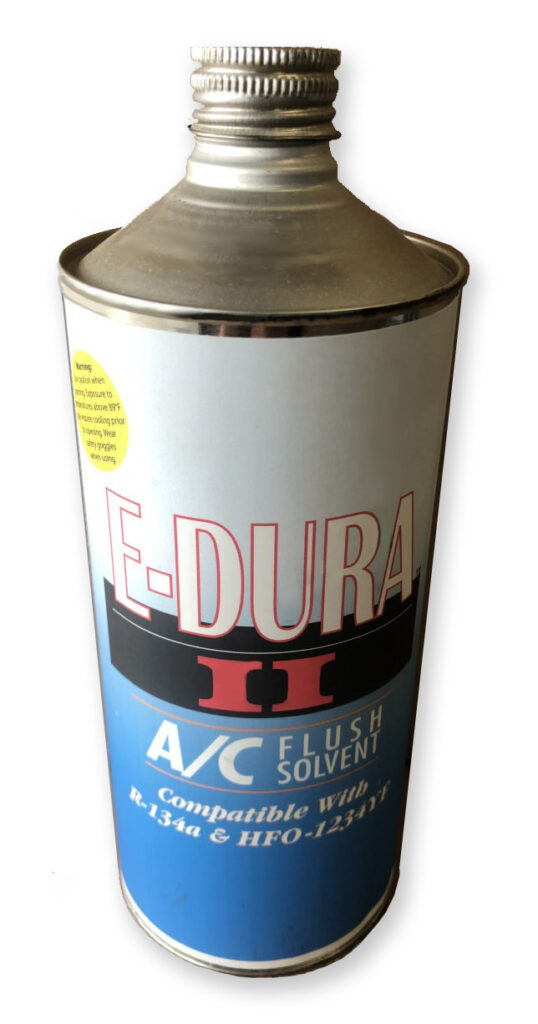 There is no product on the market today that can beat E-Dura II for speed, effectiveness and safety. For over 15 years, E-Dura II flush has been assisting mechanics with their A/C repairs. It is compatible with R12 systems, current HFC134a systems and testing has shown it compatible with future HFO-1234yf systems! E-Dura II is the right product for the service professional.

Convenient and safe, E-Dura II is a fast-drying fluorocarbon flushing solvent, which saves time and money. This nonflammable solvent delivers powerful cleaning but evacuates from the system within minutes. Since your flushing is more effective in removing contaminants better, the repair is done right, and customer satisfaction stays high.

To function properly, A/C systems today depend on close mechanical tolerances and efficient refrigerants. In repairing these systems, it is vital to clean them prior to adding the coolant in order to:

1) Eliminate any solid particles remaining from normal wear or compressor failure; and,
2) To guarantee that the replenished refrigerant not be weakened by any residual oils, improper flushing agents or other contaminants.

Acc-U-Flush can be used with both R-12 and R-134a –based systems. Our recent testing also shows it will be very effective in HFO-1234yf systems. The solvent cleans three ways:

E-Dura II is the only fluorocarbon solvent available that matches Dura 141 for speed, effectiveness, and safety. During use, other flushes can form a combustible mixture, which, along with their high toxicity, pose a serious safety hazard. Oil and terpene flushes evaporate very slowly and are easily trapped within the system, forcing long delays while they are evacuated. Lastly, even in the best case, the competition leaves “oily” residues that mix with the refrigerant producing uncertain results.

How to Use E-Dura II HFC Flushing Solvent

It’s easy. No expensive recirculating equipment is required. All you need is a “flush gun” (sold separately), a capture hose and capture tank. The solvent is injected into the system where its aggressive cleaning action dissolves oily residues and displaces water. This is followed by a compressed air purge, and a vacuum is then pulled on the system prior to refrigerant charging. With a boiling point around 100º F, any liquid solvent remaining in the system quickly evaporates. Independent testing has shown that with less than a fifteen minute evacuation, over 99% of the solvent is removed from the system. No other flushing solvent can make that claim. So flushing with E-Dura II is not only efficient, it’s quick.

About the Solvent: Health, Safety and Environmental

E-Dura II is a proprietary azeotrope of fluorocarbon solvents based on MicroCare’s precision cleaning technologies. It is designed to speed compressor repairs. Nonflammable, the solvent is already used in the military, optics, refrigeration, and electronics industries because it delivers vigorous cleaning while generally safe for people, gaskets, and components. Mechanics like the solvent because it has practically no aroma. Residue-free, it evaporates very quickly, making it an ideal mobile A/C flushing agent.

E-Dura II flushing fluid is compatible with metals including zinc, stainless steel, aluminum, copper, titanium, and brass; it is compatible with most elastomers including HNBR, Nitrile, Butyl rubber, Buna-N, Neoprene, and Viton. Some elastomers may swell or shrink after prolonged contact, but in most cases, they will revert to within a few percentage of original size after drying.
E-Dura II fluid is thermally stable and will not oxidize or degrade during storage. It has a “zero” ozone depletion potential and a low global warming potential. All components used in the solvent are accepted by the U.S. EPA under the “Significant New Alternatives Policy (SNAP)” program as acceptable substitutes for ozone depleting substances such as R-11 and HCFC-141.

E-Dura II solvent exhibits no flash point and therefore classified as a nonflammable liquid. As always, users should be trained in safe handling of chemicals. In this case, E-Dura II solvent evaporates quickly which could create higher pressures in sealed containers in hot days. Mechanics must use caution when opening the containers. Eye protection is recommended.

Because E-Dura II is so efficient in returning your repaired A/C systems to “like new” condition, flushing with it means that you have minimized shop time yet maximized the life of the repair. A clean system insures there is less chance for a premature system failure. When combined with the added benefits of E-Dura II solvent’s very low toxicity and nonflammability, you have a clear choice – for yourself, your technicians, and your business. 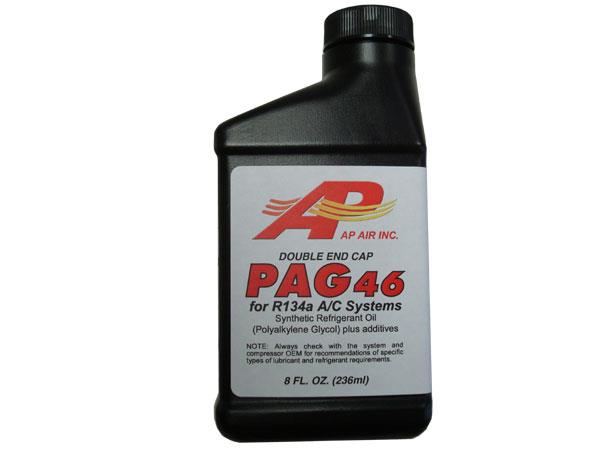 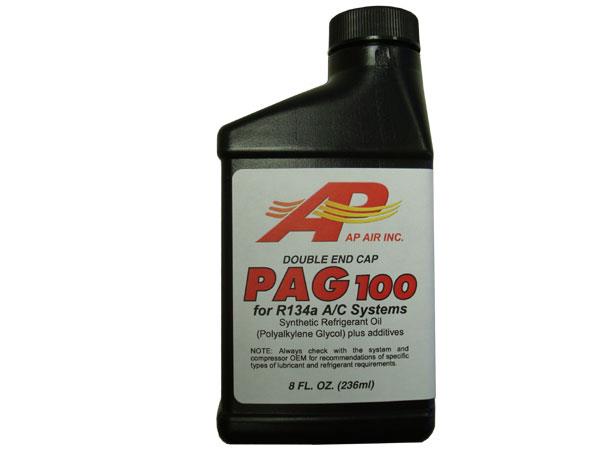 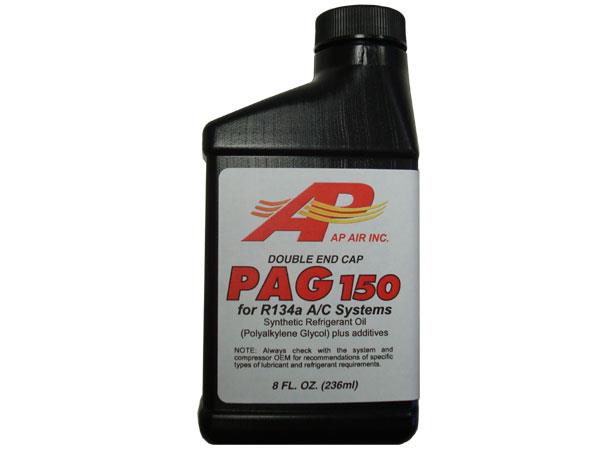 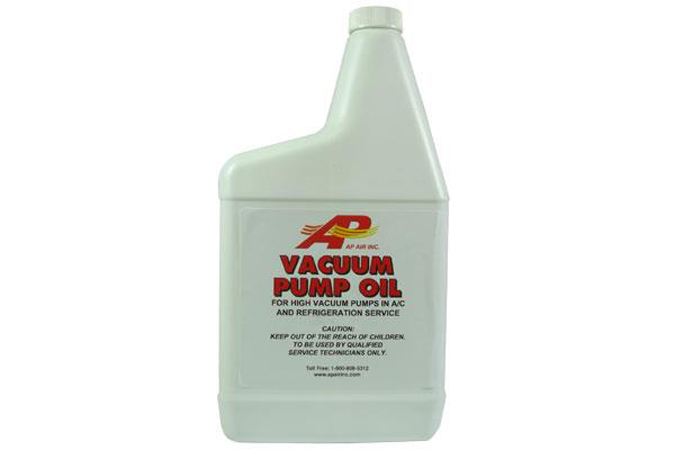 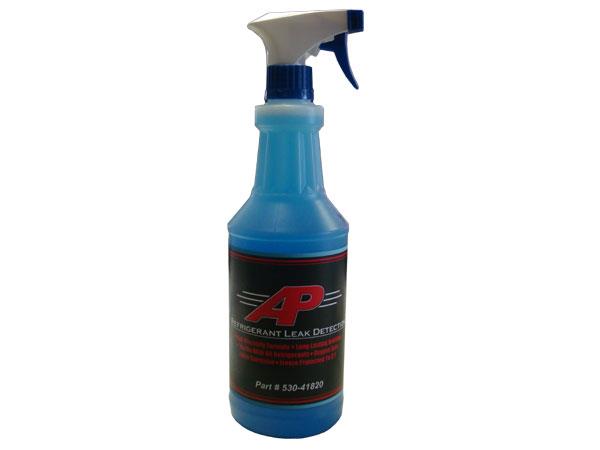 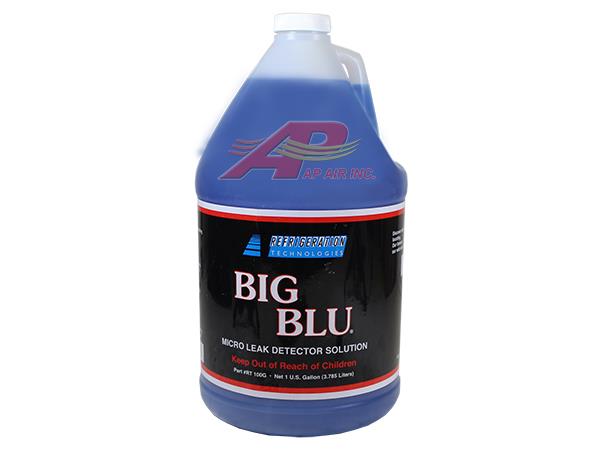 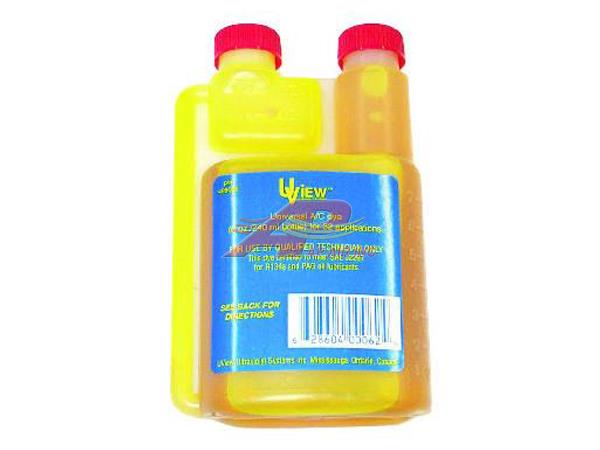 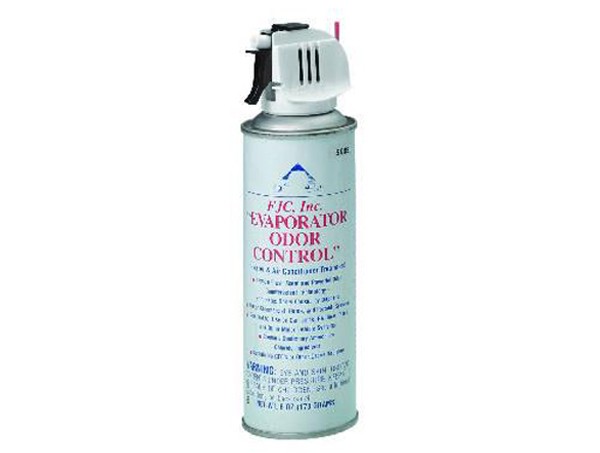 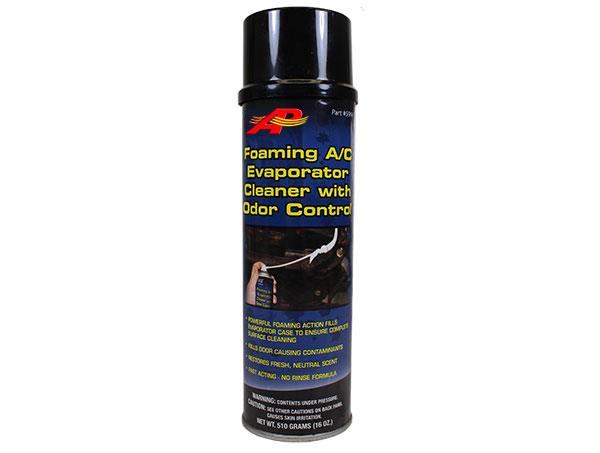 “We offer parts, service, and years of tech knowledge.“